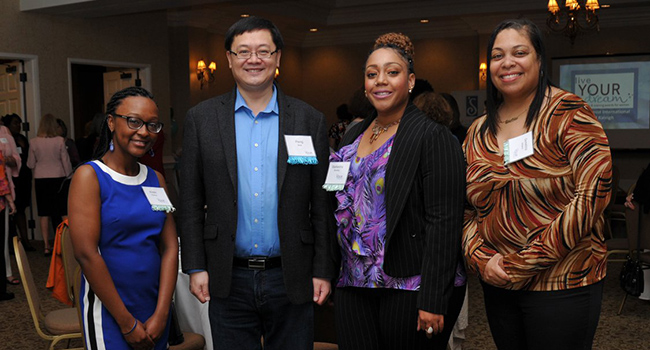 Soroptimist International of Raleigh was saddened to hear of the passing earlier this year of Peng Mok, Cary resident and longtime friend of the club.

We first got to know him when he became a significant sponsor of our Live Your Dream Awards program in 2013. He was a faithful contributor each year and in in 2021, became our first $2,000 contributor. We are so appreciative of his generosity. We were thrilled when he told us we could always count on his sponsorship.

Peng was not a typical sponsor as he also faithfully attended the annual events where we honor each year’s Live Your Dream Award recipients. It was a delight to get to know him over the years and he was always excited to meet the women who were helped by his sponsorship. Peng’s contributions made a direct impact on the lives of these women and their children by enabling the women to pursue their educational goals.

When we spoke with Peng earlier this year, we were deeply concerned about him as we learned of his illness. We were so saddened to hear of Peng’s passing. Raleigh Soroptimists have not only lost a sponsor, but more importantly, we have lost a friend. We so looked forward to seeing him and spending time with him at our yearly awards events. Peng’s attendance each year showed us his special regard for Soroptimist. We sorely missed him at our Awards Tea this spring. Peng was much more than a sponsor to us; he was a member of our Soroptimist family.